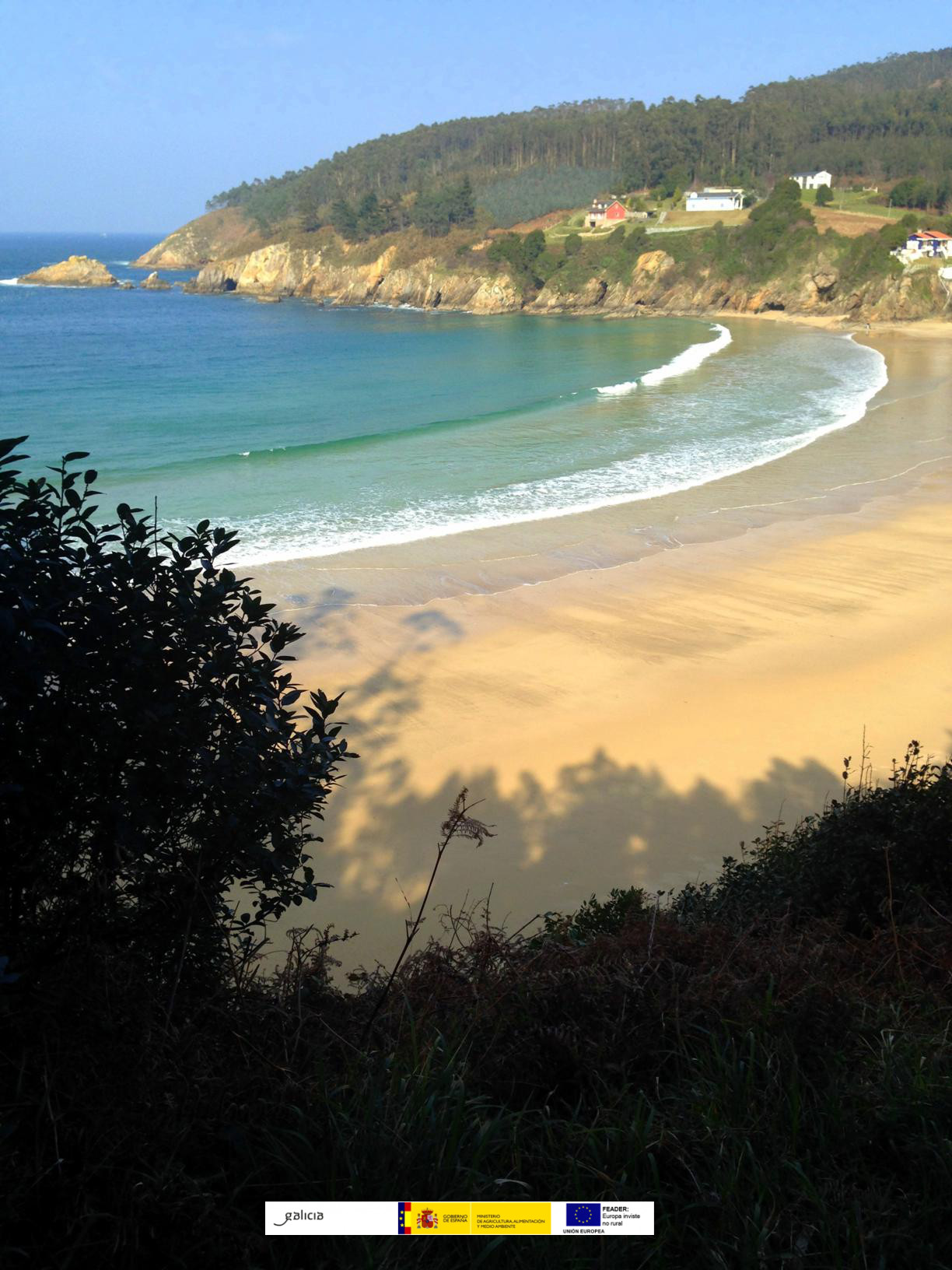 Route approved by the Galician Mountaineering Federation, which runs an important part of the coast of the town hall; It includes the Ría De O Vicedo and part of the one of Viveiro; Its route crosses the coast line and passes through several of the beaches of the town hall of O Vicedo, ending at the fishing port.

From the center of O Vicedo to the beginning of the route there is the possibility of being transported by train to the Mosende stop, a few meters from the starting point on the Area Grande beach.

The trail starts at the descent to the Area Grande beach. From there the road follows the coast line to reach the viewpoint of San Román, from where there is an impressive view over the exit of the Rive de Viveiro. It is then reached the hidden beach of Tixoso; Then the path alternates coast and mountain until arriving at the closest point of the coast to the Coelleira Island. Continue along the coast until you reach Xilloi beach from where the path follows a path along the coast to the Playa de Caolin; Small cove with a beautiful white sand. After passing near the Faro de Castro to the beach of Vidrieiro, it runs along the road that surrounds the beach until you reach the port of O Vicedo where the route ends. 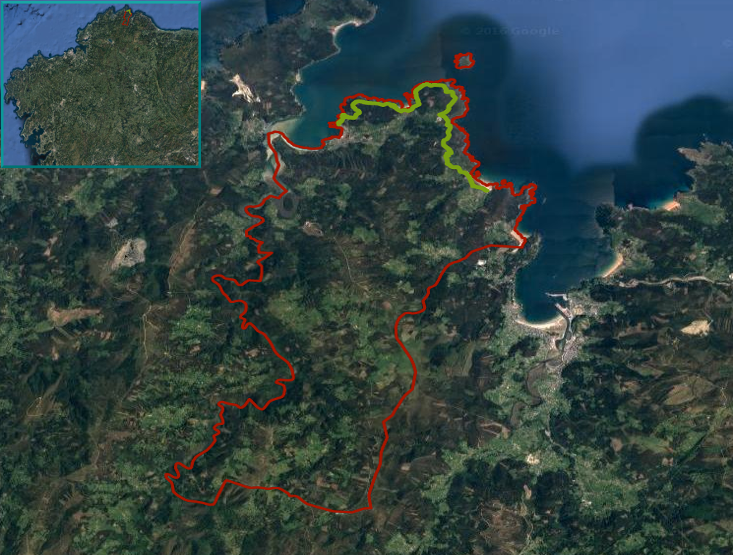